I'm a tall person, and I think of myself as fairly resourceful too, so I'm always surprised when I can't figure out how to get something from our high kitchen cabinets now.  It was never a problem before the stroke.

Obviously it's harder physically now. But I think there's something else going on. Maybe mild cognitive impairment? Or learned helplessness? Or mind-body connections that are still being forged? Maybe all three.

For instance, the other day I wanted to make a smoothie. But our immersion blender was in the back of the top shelf of the cabinet, just out of reach. Usually, I just ask my husband or my children (who can climb up onto the counter) to get something I need. But I was alone, and after a few failed attempts to reach with my good arm, I was about to give up on the smoothie idea. Then I spotted the container of cooking utensils on the counter. I picked out a big cooking spoon, reached up, and gently dragged the immersion blender right up the the edge of the shelf. From there, I could grab it. When the kids got home, we shared a blueberry smoothie. 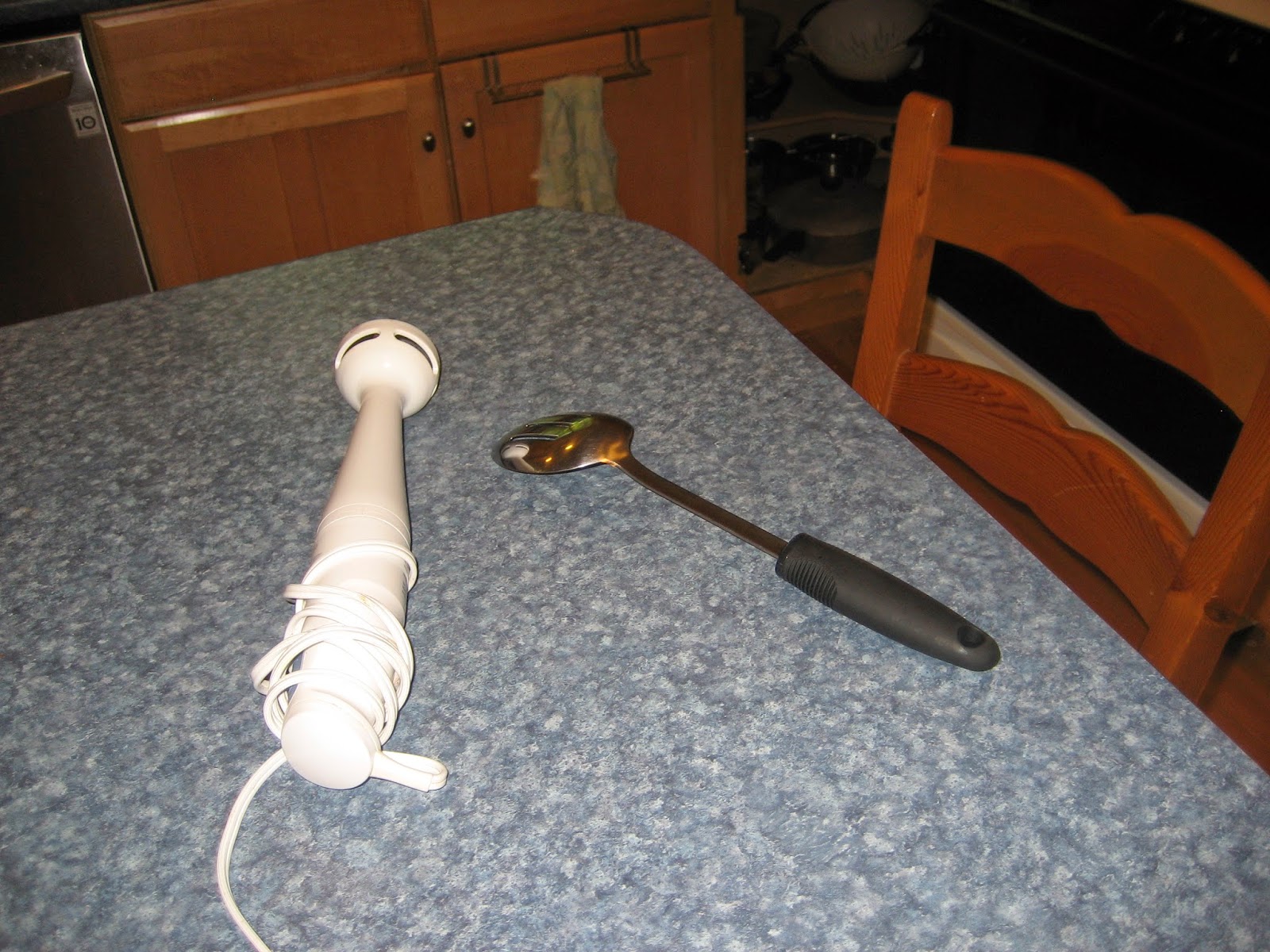 I was pleased that I figured out how to get what I needed. But later, I thought: wow, it took me more than four years (and a cooking spoon) to solve this problem.