Ode to a friend

I was shaken by the news that Bob Slate, the Harvard Square stationery store, is closing.

Before the stroke, I would make a pilgrimage to Harvard Square every so often to buy the notebooks that I couldn't buy anywhere else.

Never mind that I've become a proficient one-handed typist (hopefully two-handed, soon). I still thought that I would go back one day to buy a new notebook for my journal, which I've kept since I was a teenager. One day--when my handwriting isn't so painfully slow, when my sentences are not filled with grammatical errors, or when I've decided to be a lefty forever--I thought that I would celebrate by make a trip to Bob Slate, for old time sake. 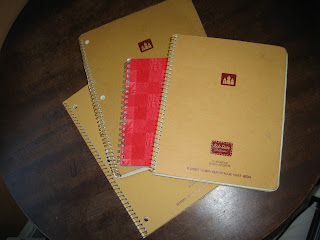 Posted by Grace Carpenter at 12:07 PM